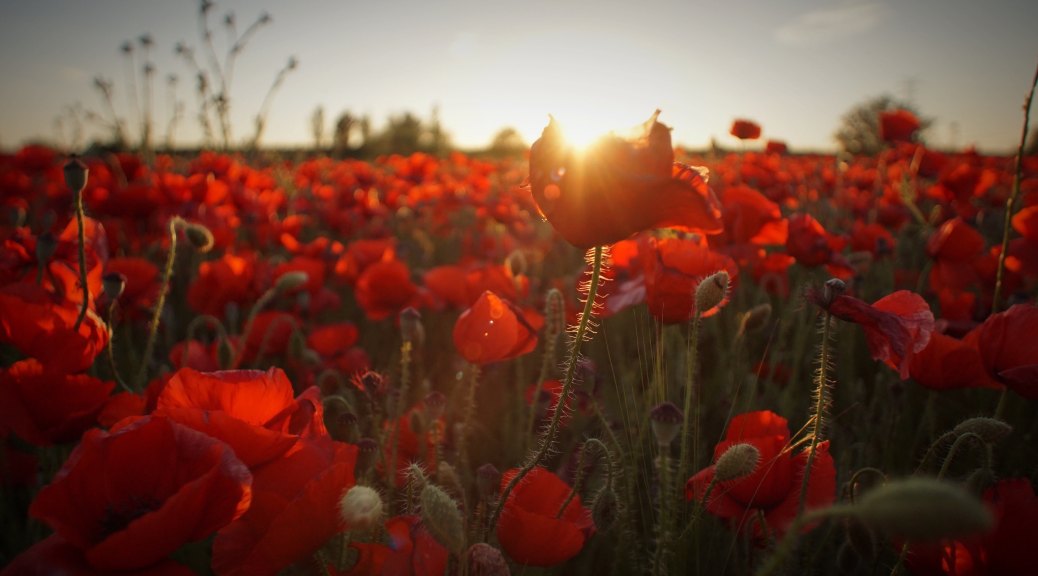 This Sunday we celebrate one hundred years since the end of the First World War.

I will as usual attend the memorial service in my hometown. Both my Grandfathers endured and survived the state-sanctioned mass murder on an industrial scale that was: ‘The war to end all wars.’

My paternal grandfather became a boy seaman at The Battle of Jutland, while my maternal one lied about his age and – despite a chest condition – went through the whole show in the trenches with The Duke of Cornwall’s Light Infantry.

There are of course many beloved literary figures who wrote during that period. By far my favourite of the First World War poets has to be Wilfred Owen. At a time when many were penning verses about the glory of battle, he was one of the first to truly describe its horrors. A bold move.

As an English horror novelist, I obviously admire anybody who can convey such stomach churning imagery in so economical a fashion. But we’re not talking about entertainment here. His writing makes me realise that if I were to reach down into the very darkest depths of my fertile imagination, I couldn’t create anything to rival the very real, daily horrors those people witnessed.

The onomatopoeia found in ‘Anthem for Doomed Youth’ is just one example of his literary brilliance:

Only the stuttering rifles’ rapid rattle

Can patter out their hasty orisons.

You can almost hear the single shot rifle bolts being cocked time and again with every fatal discharge.

Wilfred Owen was killed almost a week to the hour before the armistice was declared. Tragically, his mother back home in England received the telegram on the very day the church bells finally rang again, after four years of silence.

As we pause to remember those brave souls, I’ll leave you with ‘Dulce et Decorum Est.’ It’s just one of many poems we memorised at school. But, the piece had a profound effect on the whole class and still moves me deeply to this day.

Till on the haunting flares we turned our backs,

And towards our distant rest began to trudge.

Men marched asleep. Many had lost their boots,

But limped on, blood-shod. All went lame; all blind;

Drunk with fatigue; deaf even to the hoots

Of gas-shells dropping softly behind.

But someone still was yelling out and stumbling

And flound’ring like a man in fire or lime.—

Dim through the misty panes and thick green light,

As under a green sea, I saw him drowning.

In all my dreams before my helpless sight,

He plunges at me, guttering, choking, drowning.

If in some smothering dreams, you too could pace

Behind the wagon that we flung him in,

And watch the white eyes writhing in his face,

His hanging face, like a devil’s sick of sin;

If you could hear, at every jolt, the blood

Come gargling from the froth-corrupted lungs,

Obscene as cancer, bitter as the cud

My friend, you would not tell with such high zest

To children ardent for some desperate glory,